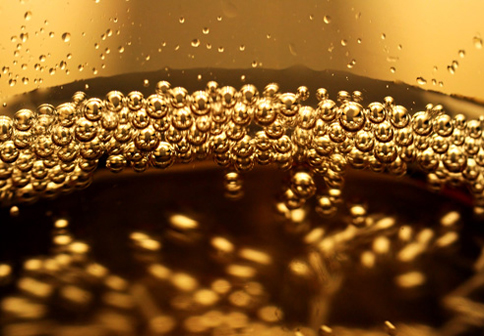 From the beginning of the XVI century, Blanquette de Limoux makes an appearance as a renowned wine, which was different from all other wines of the time. It is cited in a variety of different texts; an irrefutable indication of its ancient origins.

One document dating from 1794 states that Blanquette was known and loved throughout France.

4500 hectares of land were designated with this ‘appellation’ in 41 communes around Limoux.

A government decree of 21 August, 1990 recognized, in addition, Crémant de Limoux as an ‘Appellation d’Origine Controlée’.

The vineyards of Limoux are situated in the far western corner of the Languedoc near the watershed, on land, which varies in altitude between 200 and 600 meters. This tempers the effect of the scorching summer heat.

From a climatic point of view, the Mediterranean influence is counteracted by the effects of the ocean. This guarantees optimum sunshine in addition to a balanced rainfall. We need to add to this the close proximity of the Pyrenées, to which Limoux has always provided a gateway from the Aude.

The vines, which work well in harmony with the local soil structure of sandy clay and clay limestone are Mauzac, Chardonnay, Chenin and Pinot. The yield of 50/hl/ha is the lowest in France for sparkling wines. The grapes have to be hand picked.

After an initial fermentation in vats, where the temperature is carefully controlled, the wine is bottled and then has a second fermentation lasting for several months. During the course of this second fermentation, which we call the ‘prise de mousse’, the yeast transforms the sugar into alcohol with fine bubbles. The bottles remain in the cellars in special wooden crates (sur latte) away from light and temperature fluctuations for a minimum of nine months, twelve months for Crémant and often for several years.

The sediment caused by the ‘prise de mousse’ (the start of the sparkling effervescence) collects on the lower inside surface of the bottle. The bottles are placed on gyro-pallets, which vibrate causing the sediment to settle into the neck of the bottle.

The sediment can thus be removed when the temporary cap is taken off, the ‘liqueur d’expédition’ (sugared liqueur) added and the cork and ‘muselet’ (wire cage) put on. Finally the bottle is washed, labeled and put into boxes ready for dispatch.